People’s sexual experiences are exactly that — their own. But sexuality has become a bigger conversation about culture. It takes moral courage totransform these hot issues into healthy conversations. 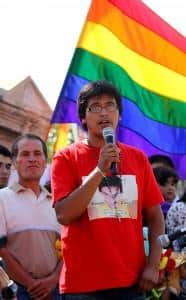 Daniel Zamudio, a 24-year-old Chilean, was attacked in a public square and tortured for over six hours by four young men. He was punched and kicked repeatedly, often in the head. His body was burned with cigarettes and swastikas were carved into his body with broken glass. Part of his ear was even cut off. After 25 days in a hospital, fighting for his life, Zamudio succumbed to his fatal injuries. The reason for this brutal attack? Zamudio was openly gay.

Instead of finding fault with only the assailants, the Zamudio family lawyer, Jamie Parada, put a spotlight on the Chilean government. Parada found them to be “morally guilty.” He cited their slow pace in legislating against the discrimination that is continuously experienced by the LGBT community.

Human rights organizations have long criticized Chile’s resistance to passing anti-discriminaton laws with punitive powers that will justly address violations. Under Parada’s leadership, the public outcry over Zamudio’s beating was channeled into a movement calling for more stringent anti-discrimation laws to be implemented. Through his willingness to promote the taboo topic of gay rights and push his country’s culture towards equality, Parada exhibited moral courage.

The suspects, four young men between the ages of 19 and 26, were identified by an anonymous witness. Several of them have criminal records for homophobic attacks and all are part of a group known as “Nazis del Centro,” (“downtown Nazis”). For some, the Nazi connection may be counter-intuitive given that none of them are white.

Journalist Lygia Navarro of PBS’ Frontline/World explains that some Chilean youth have been drawn to neo-Nazism because of economic disenfranchisement. These youth wrongly blame their troubles on those whom they believe threaten Chilean society (in effect, the Chilean race) such as the LGBT community.

Parada is a long time gay rights activist and director of Chile’s Gay Liberation Movement (MOVILH). Early on, he called attention to the Zamudio hate crime, stating, “Daniel died from the hatred that some people have. He did nothing more than have a different sexual orientation.”

Under pressure from leaders like Parada, Chile’s elected officials on both sides of the aisle are ramping up the strength of the current anti-discrimination law. Government officials are even considering naming the law the “Ley Zamudio” (Zamudio Law), symbolizing that Zamudio did not die in vain.

Challenging backwards cultural norms is hard and successfully reforming a culture through legislation is even harder. As Parada has demonstrated, boldness to demand that elected leaders stand firmly against cultural wrongs, and the persistence to hold them accountable, are hallmarks of a morally courageous individual. 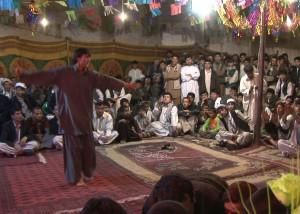 In Afghanistan’s countryside, a disturbing, illegal practice is spreading across the region – bacha bazi. Translated as “boy play,” bacha bazi is the sexual enslavement of pre-pubescent and adolescent boys by wealthy men.

Boys that refuse to participate are often murdered. Once the victims become “too mature” to be considered desirable, they are sent home where they are usually rejected by family and society, leaving them homeless, desolate and traumatized.

Award-winning Afghan journalist and filmmaker Najibullah Quraishi, and independent filmmaker Jamie Doran, investigate this horrifying practice in the documentary, The Dancing Boys of Afghanistan. Through their commitment to examine a dangerous underworld and expose a moral crisis, Quraishi and Doran demonstrate moral courage.

Bravely probing the bacha bazi subculture, the filmmakers depict ethical hypocrisy. Afghanistan’s government claims to enforce a strict moral code. But it is the very authorities charged with protecting the most vulnerable who allow, and even encourage, bacha bazi to grow unchecked.

Filmed in Takhar, a province in Northeast Afghanistan, The Dancing Boys documents the role that several men play in the procuring, training and abusing of young boys. Quraishi successfully infiltrates this world of systemic child rape by convincing the ring leaders that he is actually defending bacha bazi by comparing it to similar practices in Europe.

In the film, we discover that the men involved in the abuse are successful businesspeople, local police officers, government officials and former warlords. “Owning” a boy is considered a status symbol.

Quraishi described how he felt interviewing the abusers: “What was so unnerving about the men I had met was not just their lack of concern for the damage their abuse was doing to the boys. It was also the casualness with which they operated and the pride with which they showed me their boys, their friends, their world. They clearly believed that nothing they were doing was wrong.”

The victims, sometimes as young as nine years old, are typically very vulnerable. They may be from poor families willing to accept money in exchange for a son. They may be orphaned, living on the streets, and offered food and shelter in return for dancing.

The boys are made to look more feminine by being dressed up in women’s clothing and make-up. They are trained to dance and sing love songs. Used to entertain men at exclusive parties, the boys are either purchased and kept as sex slaves or traded among men as prostitutes.

In the film, a 13-year-old dancing boy is interviewed: “Sometimes fighting happens among the men who own the boys. If you don’t please them, they beat you, and people get killed.”

In the documentary, local police officers are adamant that anyone sexually abusing or enslaving a child is arrested and prosecuted to the fullest extent of the law. Sadly, at illegal bacha bazi parties captured in the film, officers from the same unit are shown to be in attendance. A UNICEF official confirmed that “many of the people who do this work for the government. They speak out against it but are abusers themselves…”

The mother of a 15-year-old boy who was murdered after trying to escape from his “owner” reflected on why this problem continues: “If only these people were punished, this kind of thing wouldn’t happen. Whoever commits these crimes doesn’t get punished. Power is power.”

Quraishi and Doran remind us that we all have the personal power to stand for others.