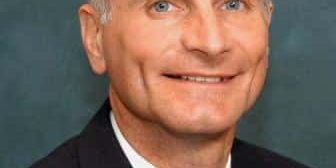 At a time when U.S. politics have become increasingly partisan, there are few examples of politicians willing to cross party lines. Florida state senator Mike Fasano did just that when he voted against a bill, passed in Florida’s state legislature, in late 2011. As one of just two Republicans to vote against it, Representative Fasano defied his own party.

Openly disagreeing with those in your own community, as Fasano did, is a telling sign of moral courage. It is easy to disagree with the other side. After all, that means you fit in with your own community, ensuring social acceptance. But, going against the grain within your community requires personal strength because once you challenge group identity, you inevitably lose group approval.

The bill that Fasano voted against is significant. It will impact future elections. The legislation forces more stringent requirements for voters to register and reduces the time allowed for early voting. Florida Democrats argue that the proposal will result in suppressing the votes of college students, minorities, the elderly and former offenders. Florida Republicans defend the legislation, declaring that there is rampant voter fraud that needs to be controlled through new actions. Fasano deemed the bill “bad legislation,” stating later, “No one could give me an example of all this fraud they speak about…”

Traditionally, the affected population segments vote heavily for Democrats. In fact, these demographics have contributed greatly to the election of Democratic President Barack Obama. Critics argue that by creating barriers to voting, the Republican Party hopes to swing elections in their favor.

Despite the obvious benefit to his party, Mike Fasano did not feel he could support the bill while maintaining his integrity. “Florida has always been a state that has been open in having access to voting for legal residents.” He points out that, “this bill reduces that access.” By standing as an independent thinker, not part of the herd, Senator Mike Fasano demonstrated moral courage, putting the greater good above partisan gain.