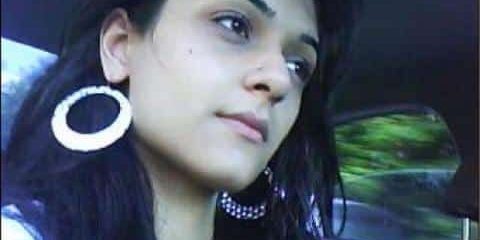 Raphael Wugalter is a young man with moral courage. To appreciate his story, you first need to hear another story.

A Canadian jury unanimously convicted businessman Mohammad Shafia, his second wife, Tooba Mohammad Yahay and their 21-year-old son, Hamad, of murder in January 2012. Sisters Zainab (19), Sahar (17), and Geeti (13), along with Mr. Shafia’s first wife, Rona Amir Mohammad, were found dead inside a car submerged in a canal. The victims of “honor killings,” all four women were murdered at the hands of their own family in a perverse plan to restore the family name.

Increasingly, citizens of open societies must grapple with their tolerance of retrograde cultural customs such as “family honor.” Fearful of being labeled a “bigot” or a “racist,” many people choose to remain silent, as social workers in this case did.

Having immigrated to Canada in 2007, the young Shafia sisters were like most teenagers. Zainab had fallen in love with a Pakistani man and wanted to marry him. Sahar posted pictures online wearing sassy clothes. Geeti was struggling in school. Their father saw this behavior as “shameful” and threatened to kill his daughters to preserve his reputation. Rona Mohammad, Mr. Shafia’s first wife, was the girls’ only advocate in an often tumultuous household.

The girls repeatedly tried to escape their dangerous situation, pleading for help. Zainab ran away to a shelter and Geeti asked social workers to intervene. Both efforts were fruitless as the girls were returned to their home. What government officials and social workers could not (or would not) understand is that Mr. Shafia’s threats, far from being a father’s frustrated outbursts, were in fact rooted in the ancient cultural practice of his homeland, Afghanistan. The custom of “family honor” calls men to cleanse the family of shame – usually by doing violence to one or more of the women in that family.

Chilling wiretapped conversations between Mr. Shafia and his second wife reveal just how intentional these murders were. At one point, Mr. Shafia reflects, “I say to myself, ‘You did well. Would they come back to life a hundred times, you should so the same again…’” Later he states, “May the devil defecate on their graves! This is what a daughter should be? Would a daughter be such a whore?”

Enter Rafael Wugalter, an ordinary Canadian with an extraordinary commitment to do more than stand by. Wugalter has launched a petition that urges the government to revise its child protection protocols. Moreover, he encourages teachers and neighbors to intervene when they hear of honor-based threats. As Wugalter explains, “If we value our freedom and equality, if we consider them to be cherished principles, then why aren’t we there for these women?”

To those who would retort that it is not his culture, Wugalter shoots back, “The origin or culture of a person should never determine what rights they have as human beings.”

But this point will only sink in if officials understand that honor murder is not akin to typical domestic violence. “In the case of honor killings,” Wugalter points out, “everything is pre-meditated. It’s not merely an outburst of passion or anger. Keeping families together in that kind of setting can harm children more – and, as we’ve seen, can be fatal.”

For those not sure why they should care, Wugalter has a message: “If you’ve been afforded freedom and a privileged life, then it’s your responsibility to stand up for those who want the same thing as you but are being coerced to live differently.” Rafael Wugalter is a model of moral courage in an era when multiculturalism intimidates too many.