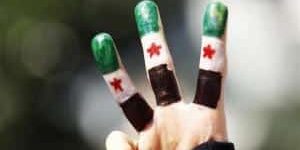 The revolution in Syria, if it will happen at all, needs far more than the overthrow of a despotic family. It needs the casting off of a mentality that many of today’s “revolutionaries” still cling to. We’ll explain in a moment.

But first, some background. The so-called “Arab Spring” in Syria erupted in early 2011, led by civilian protestors demanding an end to the autocratic rule of the Bashar al-Assad regime. Under the leadership of al-Assad and his brother, the Syrian government attempted to crush any rebellion through military force.

For daring to rebel against dictatorship, hundreds of Syrians have been captured as political prisoners, never to be seen again. Some have even suffered violent deaths at the hands of their own leaders. Yet many morally courageous revolutionaries refuse to be silenced, recognizing that democracy is more important than fear – even the fear of death.

On the surface, the reasons for rebellion are no secret. Unemployment, economic disenfranchisement and human rights violations are rife. Thanks to such repression, Hasan Ali Akleh drenched his body in gasoline and set himself on fire in protest in January 2011, sparking (as it did in Tunisia) a revolutionary uprising. The movement spread like wildfire with multiple demonstrations occurring across the country.

A ruthless government crackdown quickly followed, with artillery and tanks being deployed to various protest sites. Thousands have been murdered and basic necessities, such as water and electricity, have been cut off in an attempt to strangle the people’s ability to organize.

In early February 2012, world leaders lobbied the United Nations Security Council to approve a resolution condemning Assad’s assault on protestors and backing the Arab League’s call for his resignation. Russia and China vetoed the resolution, stalling any action at the U.N. The Syrian National Council, the largest opposition group, described the veto as “a license to kill with impunity.”

Perhaps feeling empowered by the unwillingness of the U.N. to take action, the Assad regime then launched the deadliest assault on rebels since the Arab Spring started. One day’s death toll stood at 200, with many more wounded.

None of this is to suggest that opposition groups are squeaky clean in their dealings with fellow citizens. “I personally support the opposition,” says a Syrian friend of the Moral Courage Project, “but whereas before, the emphasis was a lot more on nonviolent protest, those days are behind us. The most vocal opposition members are promising retribution.” Retribution can only mean a new dogma replacing the old one.

The resentments that have built up in Syria can be traced, in large part, to a religious minority (Shia Alawite Muslims) ruling over a religious majority (Sunni Muslims). Says our informant, “I know a lot of atheist and gay opposition members who long for a form of Sunni-supremacy.” A “former friend” of his remarked, “Democracy is the rule of the majority, and we’re the majority. Why shouldn’t we have power over them?” Observes our informant, “This will do nothing to assuage religious minorities who have stood by the president out of concern that a Sunni majority country would not be kind to them.”

Revolution requires moral courage, but revolts do not add up to a “revolution” in the transformative sense. For moral courage to be truly meaningful, it must aim to displace a power-hoarding system, not merely mimic it with power-hoarders of a different label. Indeed, our Syrian friend warns of one “hydra-head” replacing another, as has happened in Egypt so far.

We salute those Syrians who are putting their lives on the line to achieve dignity for the “other” as much as for themselves. They are genuine revolutionaries.