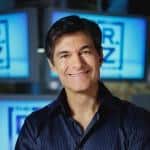 The U.S. Food & Drug Administration (FDA) is responsible for protecting and promoting public health. As a government-appointed authority, this agency is both powerful and influential. To challenge the FDA is to put at risk one’s own reputation. Yet, risking your reputation for a greater good is the very definition of moral courage.

Dr. Mehmet Oz, a surgeon, author and talk show host, has built his career on providing people with the information they need to stay healthy. In a 2011 airing of his television show, Dr. Oz examined the safety of apple juice. He told viewers that he tested different brands of apple juice across the country and that the results revealed high levels of arsenic, a substance known to be poisonous.

Dr. Oz admitted that the levels he found would not cause acute poisoning; however, he warned that the long-term effects of arsenic are unknown and may eventually cause cancer and organ failure. He concluded that consumers should be wary of drinking too much apple juice until research could prove that there was no risk.

Since apple juice is a very popular drink, often packed in school lunches and enjoyed at breakfast, Dr. Oz’s research concerned a lot of people. The FDA, the authority responsible for ensuring the safety of juices, quickly responded that Dr. Oz’s research was flawed. They released the results of their own research, showing apple juice across all brands to be safe, with negligible amounts of arsenic.

Unwilling to back down, Dr. Oz stood strong, weathering severe criticism from his peers in the medical research and media fields. Dr. Richard Besser, Senior Health and Medical Expert for American television network ABC News, publicly accused Dr. Oz of irresponsible research. “Putting out this kind of health warning—manufacturing a health crisis based on faulty, incomplete data—this fear mongering, it reminds me of yelling fire in a movie theater…You are telling parents that they are poisoning their children and you have absolutely no evidence that they’re doing that.”

Despite the disapproval, Dr. Oz continued to question the FDA’s conclusions. Facing a battle that would not go away, the FDA finally acknowledged that it had withheld complete test results proving Dr. Oz’s assertions to be correct. The agency is now reexamining its testing methods and considering new regulations for arsenic levels in juices. By disputing FDA research with honest facts and personal determination, Dr. Oz displayed moral courage, putting his reputation at risk for the greater good of public health.