A good workplace is one in where you can be both professional and real. It takes moral courage to create an environment in which work and integrity go hand-in-hand.

A Good Guy On Wall Street 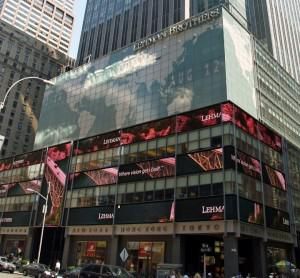 Matthew Lee worked at banking giant, Lehman Brothers Holdings, for over 14 years. In May 2008, he uncovered irregular accounting practices designed to conceal the dire financial state that the bank was in.

As a senior vice-president in Lehman’s finance division, Lee felt responsible for raising his concerns with bank executives and with the bank’s auditing firm, Ernst & Young (E&Y). A few weeks after doing so, Lee was fired. Less than six months later, Lehman went bankrupt, helping to trigger the global financial meltdown.

Lee exhibited moral courage through his willingness to challenge his bosses using only proper channels. Nor did the “expertise” of one of the worlds largest auditing firms shut him down. In short, Lee did not let hierarchy prevent him from speaking truth to power.

The transaction that caught his attention, and would become his main point of concern, is known as “repo 105.” This is a short term repurchase agreement. Lehman used the accounting maneuver to temporarily bring in $50 million in cash, creating a false boost in its balance sheet. The transfer was being exploited to hide the financial trouble Lehman was facing. Ultimately, the tactic prevented investors and regulators from identifying or investigating the financial problems drowning Lehman.

After consulting with his personal attorney, Lee crafted a memo outlining the red flags that he felt necessitated closer examination of Lehman’s accounting records. Chief among those red flags was repo 105. He sent the memo to Lehman executives who, in turn, asked E&Y to investigate.

E&Y concluded that Lee had no basis for concern. A report of the investigation was shared with Lehman’s board of directors. Curiously, the report left out Lee’s claim about repo 105. Later on, at least one Lehman director, former Vodafone CEO Sir Christopher Gent, agreed that such information should have been passed on.

In June 2008, Lee was let go as part of a wave of firm-wide lay-offs. While there is no direct evidence that Lee was fired because of his memo, the circumstances are certainly suspicious. Stephen Kohn, director of the National Whistleblowers Center based in Washington, D.C., acknowledged that, “If you’re a company and want to get rid of a whistleblower, it’s common to stick them in a round of layoffs…”

Furthermore, Kohn believes that the whistleblower protections in U.S. federal law have failed. ”Publicly traded companies are required to have an audit committee that will look at employee concerns and companies are not allowed to retaliate. People are supposed to be protected but those protections haven’t worked.”

Lee’s memo is now being used as evidence in the investigation of Lehman Brothers and Ernst & Young. In a 2,200-page report, bankruptcy examiner Anton Valukas noted that repo 105 was used excessively and questionably. He also noted that not everyone at Lehman was comfortable with it – among others, Matthew Lee.

Lee has been unable to find work since being laid off and, ironically, believes it has to do with his association with the auditing department at Lehman. His attorney, Erwin Shustak, confirms that “he has been living off of his now depleted 401(k) and is unable to find work…It’s been a difficult time.” As time passes, the truth is coming out, clearing Lee’s reputation and giving him new opportunities to make a living.

Few people recognized and called out the fraud that poisoned the banking industry before the collapse of the world’s financial centers. As industries and economies become more and more intertwined, corporations and organizations everywhere must become vigilant about how their ethical decisions impact the globe. Let’s hope that more employees emulate Lee’s moral courage in their professional culture. 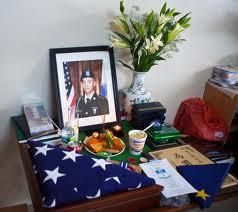 Private Danny Chen, a 19-year-old American soldier touring in Afghanistan, was found fatally shot in a guard tower. He had suffered abuse at the hands of his own comrades for several months. Chen’s death may have been a suicide, his desperate attempt to escape the bullying. Or it may have been a homicide, the result of harassment that spun out of control. In either case, the military is a perfect example of an organization based on a hierarchical structure, inherently giving leaders a great deal of power. When Chen’s platoon leaders failed to intervene, the abuse became worse, sealing his fate. This story highlights why moral courage is especially required of those with the authority to protect the vulnerable.

Danny Chen was one of the few Chinese-American soldiers serving in the Army. In letters to his parents, Chen described the kind of racism and humiliation he faced. “Since I’m the only Chinese person here, everyone knows me as Chen. They ask if I’m from China like a few times day. They also call out my name in a goat-like voice sometimes, for no reason.”

The wives of Chen’s military friends have commented on what they saw. One of them noted that he was a different person when he was around his platoon. A normally outgoing man, Chen became withdrawn at work. Another military spouse said she knew that in Army culture it was a bad sign that Chen was being harassed not only by his peers, but even by his superiors.

Through the Organization for Chinese Americans (OCA), Chen’s family has learned what happened just before he died. He was dragged out of bed and across 50 feet of gravel, leaving cuts and bruises across his entire back. Then he was forced to crawl on the ground in full gear, in the heat, while comrades hurled rocks at him. Throughout this ordeal, Chen was taunted with ethnic slurs. Just 30 minutes afterwards, a gunshot was heard coming from the guard tower.

The Army has admitted that higher-ranked officers knew about the abuse leading up to and on Chen’s final day, but that they did nothing. In the military, just one command from a higher-ranked officer to stop the harassment would have been enough to give Chen peace of mind and a chance to serve his country. Instead, by not intervening, his platoon officers effectively encouraged the abuse.

Elizabeth OuYang, president of the New York chapter of OCA, stated it best: “To die not from enemy fire, but from mistreatment by superiors at his own base, is totally unacceptable, uncondonable and must be punished.”

Several soldiers have been charged in Chen’s death, but some have only been charged with dereliction of duty. It is a light reprimand, considering how much power they had to end Chen’s ordeal. This does not send the needed message that all Army officers are responsible for stopping any bullying of, or by, soldiers who directly report to them.

In his famous 1966 speech in South Africa, Robert F. Kennedy stated, “Moral courage is a more rare commodity than bravery in battle…” The circumstances surrounding Danny Chen’s death remind us of that truth.

The U.S. Food & Drug Administration (FDA) is responsible for protecting and promoting public health. As a government-appointed authority, this agency is both powerful and influential. To challenge the FDA is to put at risk one’s own reputation. Yet, risking your reputation for a greater good is the very definition of moral courage.

Dr. Mehmet Oz, a surgeon, author and talk show host, has built his career on providing people with the information they need to stay healthy. In a 2011 airing of his television show, Dr. Oz examined the safety of apple juice. He told viewers that he tested different brands of apple juice across the country and that the results revealed high levels of arsenic, a substance known to be poisonous.

Dr. Oz admitted that the levels he found would not cause acute poisoning; however, he warned that the long-term effects of arsenic are unknown and may eventually cause cancer and organ failure. He concluded that consumers should be wary of drinking too much apple juice until research could prove that there was no risk.

Since apple juice is a very popular drink, often packed in school lunches and enjoyed at breakfast, Dr. Oz’s research concerned a lot of people. The FDA, the authority responsible for ensuring the safety of juices, quickly responded that Dr. Oz’s research was flawed. They released the results of their own research, showing apple juice across all brands to be safe, with negligible amounts of arsenic.

Unwilling to back down, Dr. Oz stood strong, weathering severe criticism from his peers in the medical research and media fields. Dr. Richard Besser, Senior Health and Medical Expert for American television network ABC News, publicly accused Dr. Oz of irresponsible research. “Putting out this kind of health warning—manufacturing a health crisis based on faulty, incomplete data—this fear mongering, it reminds me of yelling fire in a movie theater…You are telling parents that they are poisoning their children and you have absolutely no evidence that they’re doing that.”

Despite the disapproval, Dr. Oz continued to question the FDA’s conclusions. Facing a battle that would not go away, the FDA finally acknowledged that it had withheld complete test results proving Dr. Oz’s assertions to be correct. The agency is now reexamining its testing methods and considering new regulations for arsenic levels in juices. By disputing FDA research with honest facts and personal determination, Dr. Oz displayed moral courage, putting his reputation at risk for the greater good of public health.