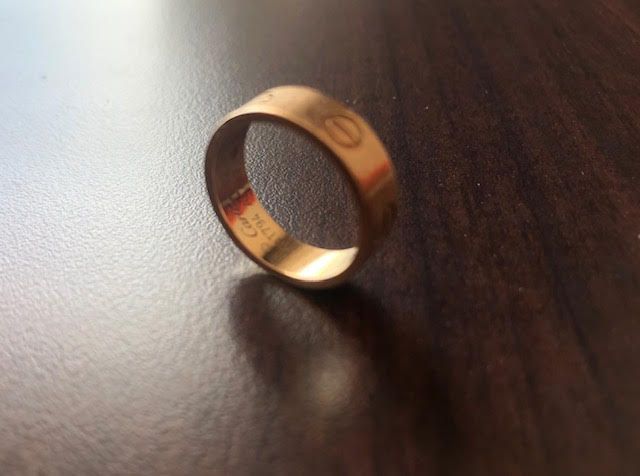 Without a doubt, it was the wrong thing to do. And I knew it. I did it anyway.

“You think you can bulldoze anybody,” I sneered at her. “Nobody calls you out on your behavior, so you feel entitled to keep pushing and threatening and intimidating. Well, I’m here to say that I see through you.”

I was talking to my wife. We’re in the midst of a divorce — one that I sincerely thought could be done compassionately. The night we decided to split, I told her that I hoped we’d be “the friends in dissolution that we couldn’t be in marriage.” Yet here I stood, leaning in, jabbing my finger, loathe to let her get away with old patterns that needed to be exposed. Or, at least, that my ego needed to expose in her.

As a teacher of moral courage, I’m constantly struggling with two impulses: to speak truth to power and to do so in ways that reconcile divides rather than widen them. Both need to happen in order for justice to prevail. But damn, does it ever feel good to do one without the other — to flip the bird to bullies without caring about reconciliation. That’s precisely what I was feeling at this moment: Good. Righteous. Justified. After two weeks of excruciating pain, balled up in my bed, mourning the loss of several dreams at once, I’d earned this outburst. And God knows, she deserved it.

But my dopamine hit came and went. After my chest-thumping victory lap, she left the room and I had nothing to show for my bravery. It’s not as if my lecture changed her behavior. Quite the opposite: It made her more defensive, less inclined to see where she erred in our relationship, and extra eager to punish me as she got the hell out of this excuse for a marriage.

Mere seconds after she closed the door behind her, my conscience caught up to my ego,  and then overtook it. “Are you a fraud?” I asked myself. “I mean, you traipse around the world, teaching people that when we speak truth to power, remember that the most pervasive power is the human ego, so let’s develop a little humility. Where was your humility, you hypocrite?”

I couldn’t shake this lapse. After all, I make my living from telling folks that if they’re not aware of how the ego manipulates us, then it becomes not just pervasive, but also pernicious. That’s how morally courageous individuals morph into the very tyrants that we claim to be standing against. In truth, I was mimicking my wife’s tyrannical tactics.

Something else was going on at the same time – and although unrelated, it, too, made me question how much I understood about integrity. A hate-motivated massacre of Latinos in El Paso, Texas prompted President Trump and the First Lady to visit that city. Before a clutch of cameras, they mugged with the relatives of a slain couple, Trump flashing his trademark thumbs-up, the grinning Melania holding a now-orphaned baby, and the baby’s uncle sidling up to a president whose anti-immigrant screeds gave cover to the alleged shooter.

My jaw dropped at the tastelessness of it all. How could a victim’s brother – the uncle of the baby in the photo – not see his complicity in the president’s racist campaign against Mexican migrants?

Then it dawned on me: Was I blind to my own complicity by teaching my fellow liberals to tame their egos and engage with Trump supporters? In short, did I — a supposed expert in moral courage — have a shred of cred to my name?

My head pounded. If I didn’t stop thinking, I’d spiral.I popped a sleeping pill, crawled back into bed, and closed my eyes to one final thought for the day: “Be like water,” the martial arts master and philosopher Bruce Lee advised. Roll with the current. Go where it takes you. Don’t merely wish away the obstacles in your path. Wash over them. Because the only way around is through.

The next day, allowing myself the vulnerability that comes from feeling deeply, I sought the help of friends and family. One of them guided me to reconciling the civil war within. “Look,” my brother-in-law said, “as a mere mortal, you’re going to slip up. Sometimes, your ego will get the better of you. That’s just a fact of life. But here’s another fact: You’re wrestling with your mistake. You’re not complacent about it. And that’s why you’ve got integrity teaching people to become courageous.”

You’re not complacent. Translation: To be worthy of trust, I don’t have to be perfect. I have to be persistent. Effort equals sincerity.

I buy this. After all, the world crawls with complainers. I’ve learned that the way to weed out the mere performers from the genuine contributors is to ask them to do something. Which doesn’t mean that those who do will do it right, or even well. We’ll forever be stumbling towards our better angels because this integrity shit is hard. In that reality lies a gift to me: The ego-fueled fumble with my wife will serve as a stark reminder to empathize with humanity at its most annoying.

When I’m inclined to throw my hands up in the air, as I did with the El Paso uncle who seemed to cozy up to Trump, I’d better remember that fallibility (mine, not just his) is the human condition. The uncle meant to honor his dead brother, a fan of Trump. He intended no disrespect to the other victims. He may have to answer later to his nephew, who had zero say in the photo-op, but that’s a lesson awaiting him. For me, and for now, the lesson is to feel whatever I feel, yet to also understand that we humans are works in progress. Let’s act like it by continuing to evolve in how we relate to one another.

A week later, I texted my wife an invitation. “Would you like to go see a movie this evening with me?” She suggested we go the next night. “Do you want to get dinner somewhere beforehand?” I further proposed.

I reiterated my hope for a post-divorce friendship. Marriage, I added, “often sets expectations that are unrealistic and eclipses the good that different people can still offer each other.” Even if we weren’t meant to be spouses, must we be enemies?