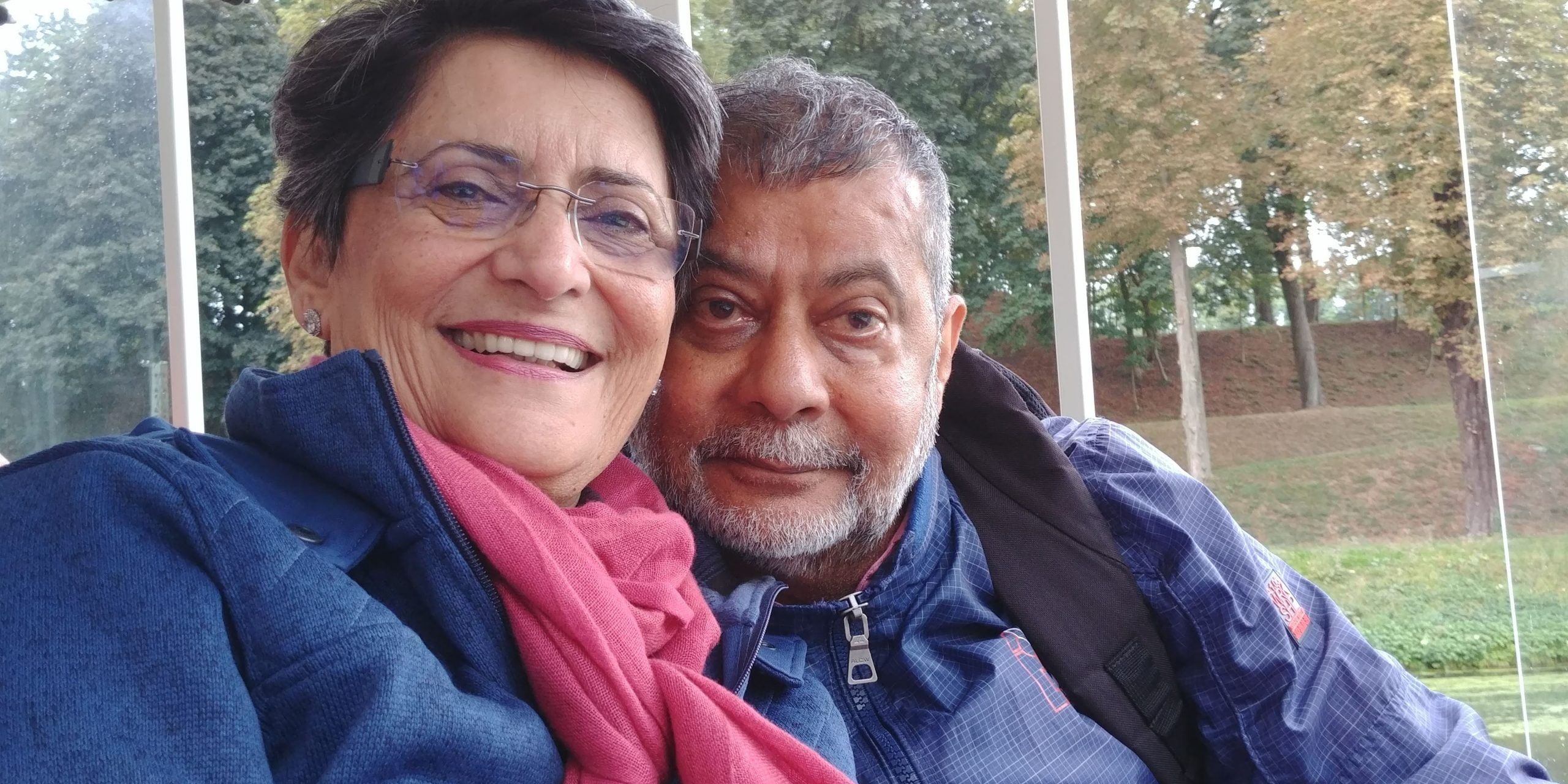 I teach courage for a living. Over the course of  20 years, I’ve researched, studied, written, filmed, and spoken about the skills needed to exercise “moral courage,” which means doing the right thing in the face of fear.

For all of my expertise, though, I’ve absorbed something counterintuitive these past few months: that the quietest, subtlest form of moral courage — listening — has a lot more healing power than trying to make the fear go away.

Allow me to explain.

In early March, as the coronavirus began to sink its teeth into the West, my Uncle Murtaza got Covid-19. “I just can’t lose another brother,” my mother told me through her tears. I wanted to make her feel better. At that time, it sailed right over my head that trying to cheer her up was to fail at hearing her.

“Remember,” I told Mum, “Uncle Murtaza is in the very best place to be right now, a hospital bed.” (Never mind that he likely contracted Covid while working as a patient liaison at that same hospital.)

In my next conversation with Mum, I attempted to rally her with research: Belgium, where my uncle lived, had not yet been overrun with coronavirus cases. Therefore, he likely wouldn’t have to compete with a younger patient in the who-scores-a-ventilator game. “That’s a huge advantage,” I assured Mum.

In our third call, Mum reported that doctors had wheeled my uncle to the Intensive Care Unit, where he’d be outfitted with a “bubble helmet” to help stabilize his intake of oxygen.

Instantly, I googled “bubble helmets,” zeroed in on reports about their efficacy, and texted those glimmers of promise to Mum. “Good news!” I affirmed.

Hours later, my sister informed me that the doctors had intubated my uncle. When I phoned my sister for more information, I heard Mum sobbing in the background.

The time had come to stop lifting her spirits. Uncle Murtaza was, in fact, dying. And yet, my struggle had to do with something else. I was fighting to accept that my mother, whom I instinctively protect, had every right to feel devastated as this crisis hit home.

To coax her out of anxiety was, in effect, to label her irrational. Truth is, she was beyond rational; she was real, expressing the authentic anguish of a woman who raised her baby brother and now found herself awash in memories of him since their childhood.

For me to dissuade Mum from “thinking negatively” in this moment of profound pain was to expect her to be someone she’s not — namely, me. It was tantamount to suggesting that I know better how to handle her grief. That she ought to panic only when I give her permission. That my ego matters more than her agony.

Americans routinely invoke the phrase “going forward” to signal that the past can be ditched for a focus on the future: “Going forward, physicians will…” As an immigrant to the United States, I usually find this country’s faith in the future to be refreshing. But like all good things, such faith can be taken too far and thereby twisted into a cudgel against compassion — the opposite of healing. Suppression doesn’t breed resilience. It’s healthy to sanitize our hands. Our emotions? Not so much.

This pandemic has called forth various kinds of courage. There’s the kind of gutsiness that sees medical professionals suit up and put their lives on the line to save ours. There’s the bravery that demands honesty from leaders about the carnage that will ensue if we ignore science. There’s the boldness that sees parents, educators, garbage collectors, home care aides, bus drivers, delivery people — essential workers, all — plugging away.

And then there’s a type of courage that requires invisible intention. It’s the courage to slap down our egos, slow down our impulses, and appreciate those who are adjusting to one last horror: the slipping away of dear souls who can’t visited in their final days, or touched in their dwindling hours, or properly mourned at ceremonies now banned.

Mum’s fear of all that loss triggered my fear of powerlessness. Hence the reflex to deny her need to be genuine. But in caving to this reflex, I undermined my own capacity to adapt, fortify, and grow. Instead of bombarding her with grab-bag positivity, I should have aimed for respect.

The word “respect” comes from the Latin “re-spectate” — to look again. It’s easy to assume that the fearful are fragile and hungry for a boost. But look  again. The frightened could be demonstrating strength by letting themselves be vulnerable. In which case, even amid flashes of actual weakness, they’re owed a second look by those of us who just want it all to be okay.

The day after my uncle was intubated, I phoned Mum and asked how she was doing. “I’m alright,” she sighed.

She broke down. “No, of course not. How can I be alright when my little brother can’t breathe? You understand?”

“I totally understand, Mum. Tell me more about how you’re feeling.” After a few minutes of listening, I noticed that Mum reached the point of feeling heard, so she could then start to dream again.

“Next summer, your uncles, your sisters, and me, we will come to see you in New York. We will celebrate survival, inshallah.”

On April 21, Uncle Murtaza died. I listened hard. Still do. Maybe that’s why masks cover our mouths but not our ears.